If you´re thinking of buying a modified camera from Spencer´s Camera and Photo, maybe you´ll want to take a few minutes and read this

I hope you are lucky enough to find this post before purchasing a camera from this place. I tried to post this in a couple of places, Milky Way Chasers (nightscape facebook´s group) and Cloudy Nights (astronomy amateur´s forum), and because I don´t like to break rules anywhere, I decided to contact their administrators first, to ask for permission to post this. I contacted Tracy Lee from Milky Way Chasers, and told her I wanted to post this. She told me that it was ok, if I was posting only facts. So a few days later I sent her this text, to be approved for her before posting (she was going to read it after posting it anyway) but she never even read my message. After that, I contacted Don W from Cloudy Nights, and I received an answer that I couldn´t believe. This is his textual answer: «This is an astronomy community, not a complaint board. If you want to join us in conversation about astronomy and it’s various aspects, that’s fine. But if you come here just to complain about a vendor (who I’ve never heard of, by the way), then take it elsewhere.». Being that I´m tired of dealing with people that can do whatever they want because they are in the other part of the world (I´d really love to hear that answer face to face), I decided to take this as a defeat, and close this stage, knowing when you lost. But before doing it, and because I already wrote this, I´ll leave it here, on my website

First of all, I´ll introduce myself. My name is Pablo Cirielli, I´m from Argentina, and I´d been an astrophotographer for almost ten years, doing all kind of astrophotography, but mostly with telescope. I´d benn working in the last few years with one of the biggest TV stations in Argentina, in the coverage of astronomical events.

This year I thought of upgrading my camera. I´d been using an old Canon Xsi modified for astronomy for my telescope, and a Canon 6d for landscape and nightscape photography. So I thought of selling both of them, and step up to a brand new astromodified Canon 6D mk II. Everyone in my group bought their camera from Hutech, but one night I was searching in internet for low level lightning, I found a video in youtube from Royce Bair, who takes amazing pictures, and here I found also a person who also made astromodified cameras. And I was really interested in what he was offering.

I found his website, and after reading the information in the website, I contacted him, Clarence Spencer, to ask whatever I needed to know. Clarence always answered back during that time. After I finally place my order ($2750 including $50 of shipping), communication got really hard, most of my emails wasn´t answered or maybe he answered back a few days later (after doing some research on internet I found that this was an usual thing with them). I was in a hurry because my brother, who was going to bring back my camera to Argentina, was only going to be there for a week. So, after paying for the camera, I paid another $112 for a rush service. After a few days, he sent the package with USPS, and it was supposed to arrive when I needed, two days before my brother was returning. But USPS finally arrived three days later than was expected, and my brother was in Argentina by then. So, the package had to return again to Clarence. After that, I had no choice but to send me the package to Spain (where I was going to be at the moment) because nobody else was going to travel to USA in the next months, and knowing that was a custom camera, I didn´t think asking for a refund was an option at the moment. Unfortunately, that was a really bad decision because the package was retained in customs and I wasn’t able to release it. By the first days of May, I could make it return to the seller and, having a person again in USA to bring the package, I contacted Clarence and told him that I was going to buy him a filter, so I could also pay for the shipment for both camera and filter. He told me that I should just place the order for the filter and pay for shipping, and everything was going to be delivered that day. I paid $120 for the filter and $12 of shipping (no option to choose a different or better shipping). He sent the package that day with UPS. A few days later UPS tracking let me know that my package was delivered, being left at the door and without photo for proof of delivery. I texted my contact to let him know that the package had arrived, and he told me that he wasn’t at home and he was returning at that moment. When he arrived home, he couldn’t find the package, so, next day he went to UPS office and started a claim. After a few days, UPS told me that the claim was started and they´ll only talk to the seller, and I should contact the seller for any news. Again, trying to get an answer from him was almost impossible. I tried using a different email, text message, and nothing. Until I had to call him to his cellphone and because he didn’t know who was calling, he answered, and he told me that he wasn’t answering me because he didn’t have news. He also told me that UPS contacted him because of this, and he sent everything they ask for. And that we were waiting for an answer. After a month of sending messages and mails, I could contact him again through Facebook, and he said that UPS was giving only denials and delays. They weren´t helping at all. And if UPS won´t honor their service, there is nothing we can do. I couldn’t believe what he was saying, and I asked him if there is an office in USA who protects customers from this kind of situations, and he says he´ll continue contacting UPS and also try to find a state agency to investigate this problem, but he thinks they won´t do anything. I told him I couldn’t believe that I bought things for almost 3.000 dollars, and then lost everything because UPS lost it, and nobody has any responsibility, and that I never thought that losing my money was a possibility. He answered that he shipped to the address that I provided and now UPS wasn’t taking responsibilities. And he was going to contact the state consumer protection bureau to see what can they do. After this point was clear that he has no intention of taking any responsibility for this, and he´s taking his time because he thinks that, if anyone is losing his money, will be me.

Being that he wasn´t going to take any responsibility, I started to look for any consumer protection office, hoping that they´ll help in this matter. I contacted the Utah Division of Consumer Protection, but they answered that they weren´t able to help me because they don´t have jurisdiction over theft, and that´s was police jurisdiction (I know! But why UPS didn´t say that? Instead of a case for lost package).

They suggested to contact the Better Business Bureau, which is not a government agency, but they are sometimes able to help mediate between companies and consumers. They tried a few times to get an answer from Spencer´s Camera, but they didn´t get any answer.

That´s when I knew I lost everything, and nobody will be able to help.

During all this time, I tried to be as pacient as I could, because I knew that if I tried to confront them, I was risking of not getting an answer anymore…and then what?

I wasn´t wrong, because after knowing that I wasn´t going to get any help, I decided to confront him. And basically, his answer was that his responsibility ended at the moment he left the package in the mail office. My answer was that I paid HIM for a camera, he paid THEM to deliver safely the camera. They weren´t failing to me, UPS failed HIM, and he was failing ME. Clearly he wasn´t agree with that, because he said that I was expecting them to take full responsibility for what happened and they won´t do that. I said that I was expecting them to take ANY responsibility, which I wasn´t seeing at all. His excuse for this was that he tried three times to send me the camera and that I failed three times in getting the camera. I reminded him that his courier failed the first time because was delayed a few days, second one was mine (and that´s costed me a few months of waiting), and third time was also his fault because he sent a 3.000 USD package, with a cheap delivery option that didn´t require signature.

His answer was that he did everything he could and the reason he used that courier was because I gave him an unsafe address, and the only courier that accepted the package was UPS (BTW, I gave him an address in Hialeah, Miami, you decide if you consider this place unsafe). He ended his answer with a “good day” letting me know that he was ending the conversation. My answer was that the problem wasn´t the address, but the cheap mailing choise, and that I was going to post everywhere possible what happened to me, to let everyone able to read this about the risk of buying a camera from them. After thanking me for the threat, he said that a lost camera happened to him only once in 20 years, and that the buyer understood the situation. And that was the last answer I got from him.

If you are still reading at this point, maybe is because you´re really interested in one of their cameras, maybe you´re just curious. I don´t doubt that they might do a good work with their cameras, I don´t doubt they are an honest shop. What I think is that they have a TERRIBLE customer relation. They don´t think that they should answer a message if they think they have nothing important to say (even if for you just having an anwer is important). With a good communication, this would never happened.

In my case, it didn´t cost me a lost of 3.000 USD. It also costed not having a camera anymore. I kept the old one for the telescope because it´s cheap, but selling my 6D was part of the equation when I tried to buy the new one, so I don´t have that one anymore. I also have a sony a7s, which is the camera I use with the TV station to give them a live image of whatever they need, and now it´ll have to be also my camera for photography. And finally, lots and lots of really stressfull days, and nights taking pills to be able to sleep a few hours. Trust me, my body paid a lot with this, too.

I don´t know which side you´ll take on this, and honestly why would I care. I took my time to write this, just to make you think one thing after reading this. Would you buy a camera, knowing that you have a risk of losing everything, due to things that are beyong your control? (like choosing an expensive and 100% safe shipping option).

The answer is yours. 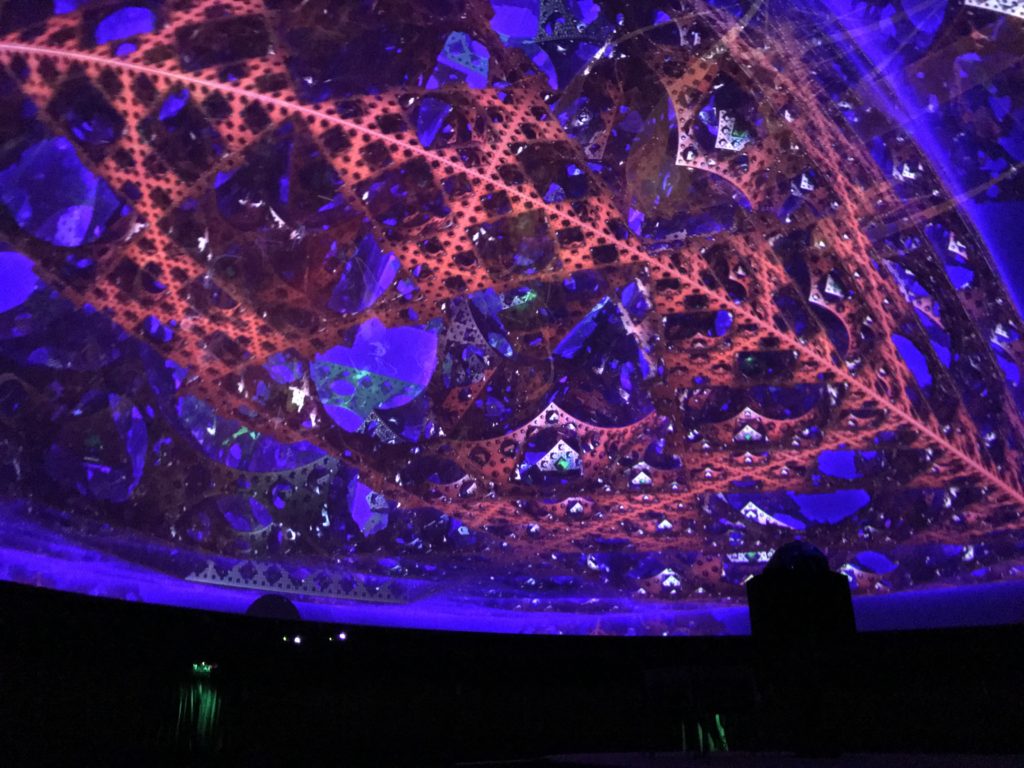 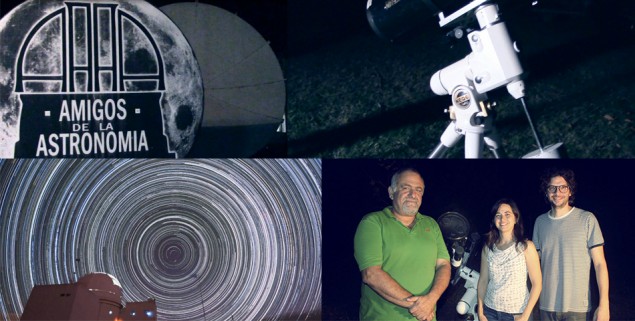